Announced on September 22, 1975, the Tyrrell P34 caused a sensation - little wonder when one considers that it was the first six-wheeled Formula One car! Its layout employed 4 front wheels in an effort to reduce air drag while simultaneously improving the car's braking and steering. Following a number of test sessions and associated updates to the design, the P34 debuted in the hands of Patrick Depailler in the Spanish GP of May 1976. Things really took off a month later at the Swedish GP when Jody Scheckter led home Depailler in a marvellous 1-2 finish for the P34, demonstrating the potential that the car had, underlined by Tyrrell's 3rd place finish in that year's Constructors' standings
About the Model 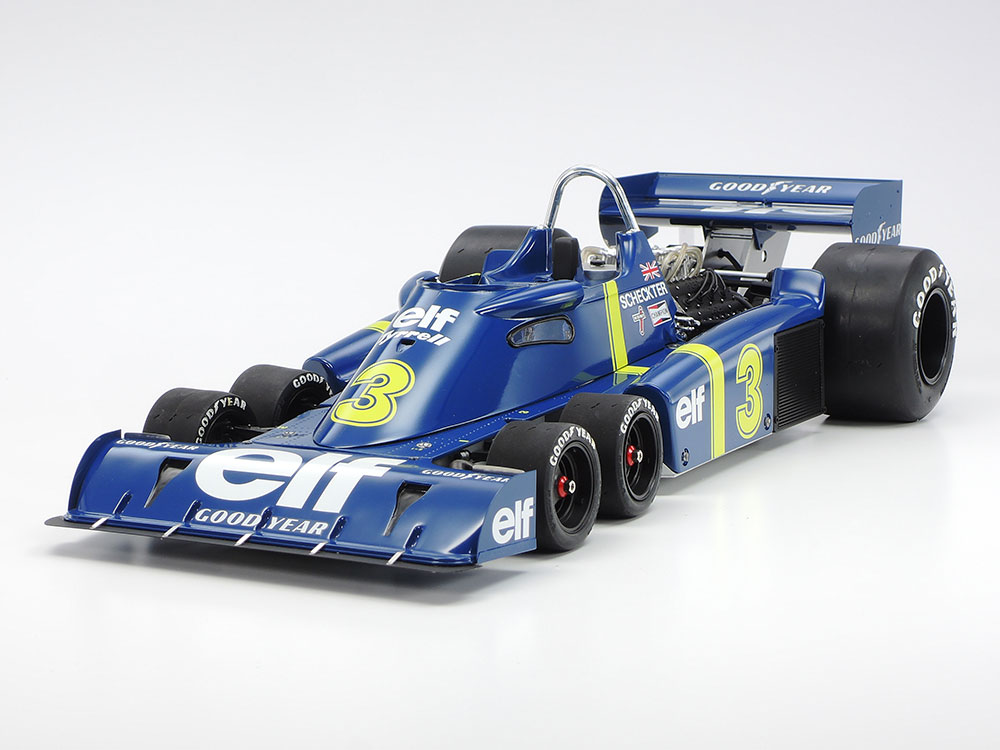 Tamiya Spray Paint A rich shade of blue with a glossy f..